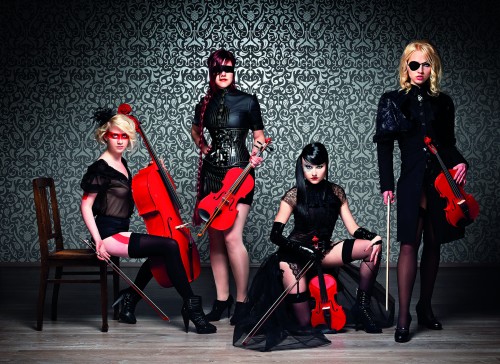 How many sexy classical string quartets make up your iTunes library? Well, in case that number was a giant goose egg, let us introduce you to Eklipse, four women who put a seductive string-instrument spin on some of your indie favorites. As a teaser for their upcoming album, Electric Air, the group has released a bit of their take on Nick Cave and the Bad Seeds (feat. Kylie Minogue) “Where The Wild Roses Grow.”

The forthcoming album features covers of Muse, Adele, Florence and the Machine, Massive Attack, and The Clash, just to name a few. If this teaser is any indication, the eclectic mix of artists the quartet covers will be done justice.

Learn more about Eklipse on the band’s official website.