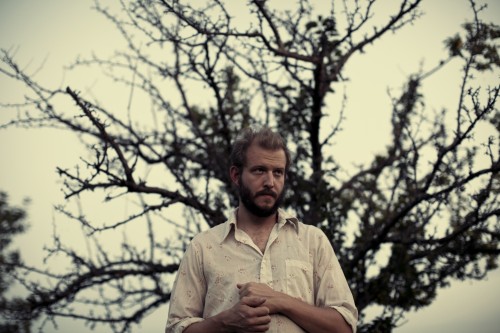 Justin Vernon is known as a busy guy with Bon Iver side projects such as Volcano Choir, The Shouting Matches, and the numerous collaborations he’s done with artists like Kanye West. Adding to his long list of works is his contribution to an album of Peter Gabriel covers, And I’ll Scratch Yours, a response to Peter Gabriel’s 2010 covers album, Scratch My Back. Several artists that Gabriel covered will also be contributing, with heavyweights like Arcade Fire, Brian Eno, and Lou Reed.

While Arcade Fire’s sample of “Games Without Frontiers” is spot on (listen via Consequence of Sound), it’s Bon Iver’s 2010 cover of “Come Talk To Me” that is sure to be a standout on the album. Vernon’s falsetto is paired with quick strumming and Bon Iver’s trademark ethereal vibe lingers quietly. But it’s Vernon’s singing and the echoed chorus of backing vocals that give the cover a floating feel in a way that honors the original. Listen below.

And I’ll Scratch Yours is out September 23rd.