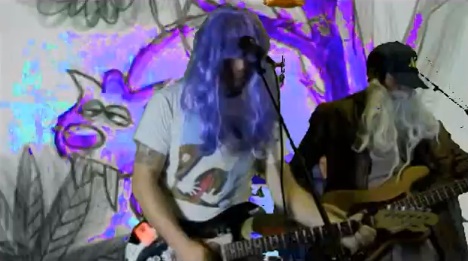 Public Access television is good for three things: shows put on by crazy cat ladies that are on at two in the morning, after school programs put on by ambitious middle schoolers, and ridiculous, psychedelic, wigged-out David Bowie covers. Maybe the third one isn’t all that common, but after watching The Pilgrim’s bizarre-in-all-the-right-ways take on “Queen Bitch,” you’ll wish it was.

The Windsor, Vermont, based band performed the cover live on CATV wearing wigs and working with a shotty green screen. The result is unapologetic, loud, and ROCK AND ROLL – the last bit being the band’s take on the song.

If you liked what you saw here, check out the band’s official website.