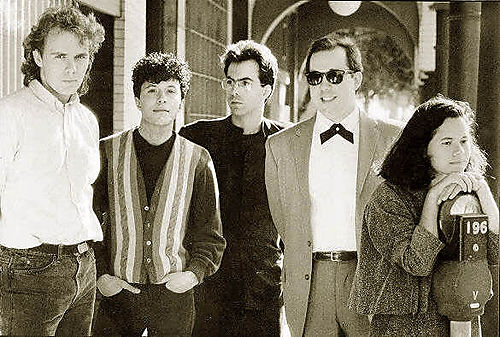 Early this year 10,000 Maniacs released Music From The Motion Picture, their first new release in 14 years, garnering some of the best reviews of their career; their lead singer, Mary Ramsey, is celebrating her 20th anniversary with the band this year. You can be excused for not knowing this, as many think the band (who hereinafter we’ll call 10KM) began and ended with the membership of Natalie Merchant, the vocalist and primary lyricist during their most commercially successful period. Indeed, Merchant is one of the key figures of 10KM’s legacy, and easily the best known, but it takes strong will, talent, and no small genius to maintain that legacy, and all credit to Ramsey for doing so.

The latter-day Maniacs have done far fewer covers than earlier incarnations, so they’ll be getting the short shrift in this piece, but that’s not meant to slight their accomplishments – or, for that matter, to make less of the Merchant era’s originals. Suffice to say that all five covers we’re featuring today are worthy of multiple listens.

The label bigwigs who first heard In My Tribe didn’t hear a single, and pressed the band to cover something that was appropriately socially conscious – in this case, “Peace Train” by Cat Stevens – and make a single out of it. They did so, but weren’t happy to, as they felt their own material was strong enough – a belief borne out when “Like the Weather” became a hit. After Cat Stevens, now Yusaf Islam, made comments about Salman Rushdie that brought out the backlash in a big way, 10KM requested that all future pressings of In My Tribe remove the cover of “Peace Train”; it was a lost track until 2004, when the hits ‘n’ rarities collection Campfire Songs was released.

Another Campfire Song, “Everyday Is Like Sunday” was one of the B-sides to “Candy Everybody Wants,” a song whose lyrics still resonate today (ask any reality TV junkie). Morrissey also matters today, arguably even more than when he first recorded “Everyday Is Like Sunday,” and it’s a treat to hear his world and 10KM’s unite so unexpectedly.

Another B-side to “Candy Everybody Wants,” “Don’t Go Back To Rockville” somehow missed inclusion on Campfire Songs. It’s yet another thread in the rope that ties 10KM and R.E.M. together – this article, where Merchant and Michael Stipe talk about how they met, is a must-read – and there should be no surprise at just how strong this thread is. It’s also nice to be able to discern all the words in the verses.

The last 10KM album to feature Merchant’s lead vocals, Unplugged served as a live greatest hits, with a cover of “Because the Night” becoming the hit single. They recorded another cover that night that only appeared on video releases – Dolly Parton’s “Jolene,” with special guest David Byrne. 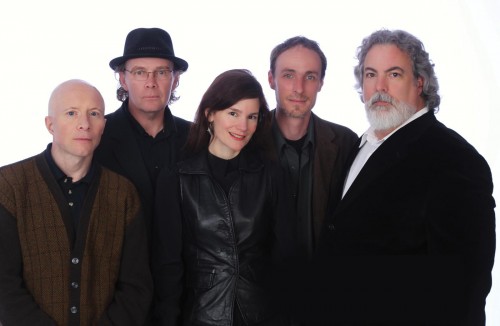 10,000 Maniacs – Who Knows Where the Time Goes (Fairport Convention cover)

If this is your introduction to Mary Ramsey, you’re in for a treat. With their cover of “Who Knows Where the Time Goes,” not only do she and the band move out from under Merchant’s long shadow, they also avoid moving into the shadow cast by Sandy Denny and Fairport Convention – and they do so by casting out their own gorgeous light, one that no shadow can ever invade.

All recorded incarnations of 10,000 Maniacs can be found on iTunes and Amazon.