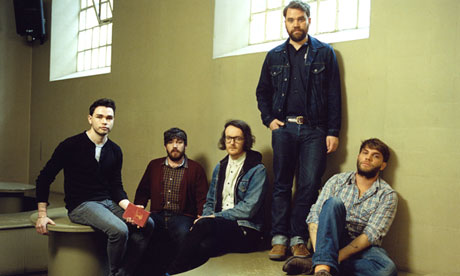 Frightened Rabbit has this uncanny ability to turn even the most upbeat and poppy of songs into something deep and morose. For example, when the Scottish band stopped by the triple j studio for “Like A Version,” they took Best Coast‘s love ode to California, “The Only Place,” and somehow managed to make it seem like California is mostly cloudy and dark.

“It’s like chucking a bucket of cold water on Best Coast,” laughed lead singer Scott Hutchinson. Although it is a little more glum than the original, Frightened Rabbit manages to capture a sad, nostalgic take on a place…so it kind of is happy?

See what else Frightened Rabbit is up to on the band’s official website.