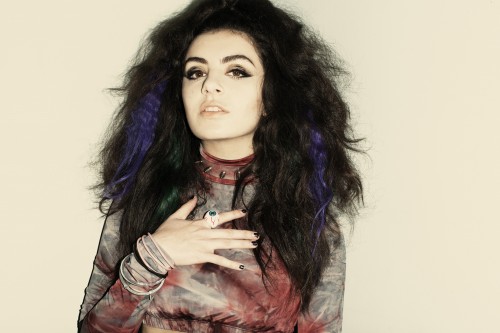 Charli XCX, know for her inescapable but infectious vocals on Icona Pop’s “I Love It,” released her debut album, True Romance, just over a month ago. While supporting this release, the singer covered Backstreet Boys “I Want It That Way,” in homage to the ambitious pop music she has been making.

The British singer busted out in Chicago’s Borderline Music with a low-key, synth-lovin’ rendition of the late 90s teenpop power anthem.  She doesn’t mock the song in any way, but rather embraces the gravity of it all. Every single note is sang in the most genuine manner possible, making the cover better than any hokey-poke-fun-of-boybands YouTube cover you have seen…ever.

Charli XCX is touring in support of True Romance. See if she is coming to a city near you on her official website.

2 Responses to “Charli XCX Goes Live with Backstreet Boys “I Want It That Way.””