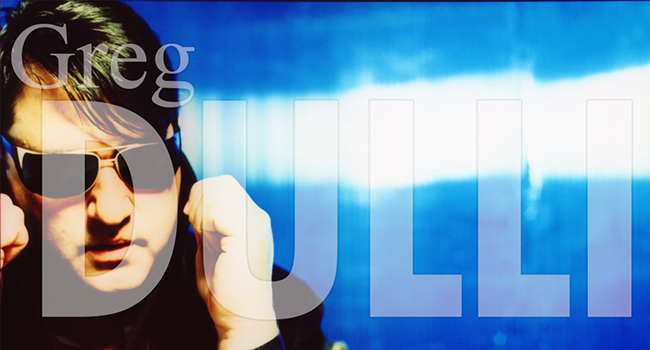 Dulli has never shied away from recording other’s people’s songs, even at the beginning of his career. His song choices are often the manifestation of his own obscure and eclectic tastes. The Afghan Whigs’ first album on Sub Pop, Up In It, covered Paul K and the Weathermen, not exactly a household name. Their next album covered a song from the classic rock opera Jesus Christ Superstar.

During the heyday of the CD single in the 1990s, the Whigs released at least one cover song as an extra track on almost every single they made, causing completists to seek out expensive import discs to get their fix. After the band’s breakup, Dulli’s next project, the Twilight Singers, continued to play covers or medleys during live performances; Dulli released an all-covers disc, She Loves You, in 2004. Bringing his friend (and ex-Screaming Trees singer ) Mark Lanegan on tour with the Twilights, Dulli recorded with him under the name The Gutter Twins in 2008. Their EP Adorata featured covers of artists from Primal Scream to Vetiver.

Although the Afghan Whigs have yet to record original material since reforming, they recently garnered notice with covers of Frank Ocean’s “Love Crimes” and Marie “Queenie” Lyons “See and Don’t See.” At SXSW, Usher jumped on stage to join in on a cover of his song “Climax,” as well as to cover their song “Something Hot.” Speaking of heat, we smell smoke below — let’s see what’s burning.

Afghan Whigs — If I Only Had a Heart (Tinman cover)

This ain’t Oz, and this definitely ain’t Kansas. This is the back of some seedy after-hours nightclub; everything smells like stale cigarettes, and Dick Cheney’s mechanical heart is vibrating in the tip jar on Happy Chichester’s piano. Don’t hold out for hope that Dulli’s condition will improve. He’s accepted his fate and his lyrics change cements his choice: “I’d be friends with the arrows/and the boy who shoots the sparrows/if I only had a heart.” It’s not to be.

First: There’s no creepy pig-man on a four wheeler here (shudder). Next:  There may be a reprieve from the last song above: a faster pace and a thoughtful arrangement with strings build to highlight the final words of advice. Don’t let the darkness eat you up.

Afghan Whigs — Come See About Me (The Supremes cover)

The minor key and chilly production sound more like a warning than an invitation, as things immediately take a wrong turn somewhere. Dulli’s trapped in a block of ice here, but no incinerate plasmid or napalm will melt his black heart.

Bassist Scott Ford owns this song, propelling the melody along like a pet python that escaped into the Everglades. Dulli runs back and forth barking out warnings on the shore as Dave Rosser’s guitar caws out in terror.

The drumsticks just bounce off the skins as John Curley’s bass shadows the beat. Greg Dulli pleads his case, but was he abandoned or is it foul play? The music drops away as the symphony plays in Dulli’s head, but soon Rick McCollum’s guitar is ratcheting up the cables backstage, and sandbags are gonna fall. When the curtains open, this play’s a tragedy, and Dulli’s just a Shakespearean pawn.

Many artists have covered this southern gothic tale of lynchings in the land of cotton, but the ferocious intensity of Dulli’s arrangement raises the hair on the neck of even the most callous listener. Lanegan sings a hymn as Dave Rosser’s guitar weeps for the shameful part of America’s past.

Lanegan swaps singing duties with Dulli at first on this one, starting off with Massive Attack’s stalkerish love song. Lanegan’s rich voice dominates, but when he’s finished serenading he opens the cage so Dulli can growl out the chorus. As the longing grows stronger, the Twilights roll right into the traditional “In the Pines” that Lanegan recorded under the alternate name “Where Did You Sleep Last Night” back in the ’90s. He turned fellow Washingtonian Kurt Cobain onto it, and thanks to Nirvana’s Unplugged performance, everybody knows the song now. It’s a perfect segue, floating directly into the darkness of death and betrayal.

The stage was full of players at the Bowery Ballroom on the night that this was recorded, the first night the band had played live since reforming. There’s a hiccup during the performance, probably due to a bunch of new people trying out the material, but it doesn’t really matter. Long before Dulli finishes crooning his confession, the crowd is a witness and everybody’s in on the crime.

Free downloads of  “See and Don’t See” and “Love Crimes” are available on The Afghan Whigs website.

6 Responses to “In the Spotlight: Greg Dulli”