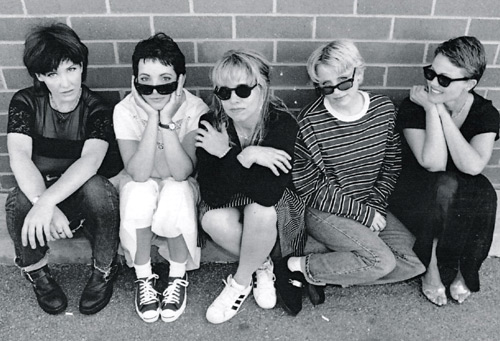 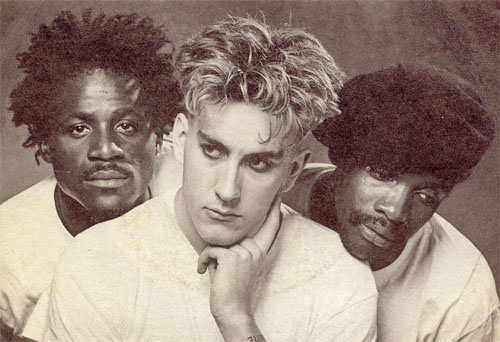 Even though the Fun Boy Three “Our Lips Are Sealed” followed the Go-Go’s by nearly two years, it can be argued that their diametrically opposed take wasn’t a cover so much as the tails to their heads, the yang to their yin. What follows are versions by people who may not have had a hand in the song’s creation, but whose recreations took it in yet another direction…

Bikeride were practitioners of West Coast pop who applied waltz time and banjos to “Our Lips Are Sealed,” then sang it with creaking voices and wavering harmonies, half-forgetting a number of the lyrics. It’s like a pebble in a hiking boot – you’ll need to make an active effort to be rid of it.

Kevin Kane is a Kanadian komposer (okay, I’ll stop) who cofounded (told you) the Grapes of Wrath, a folk-rock band that carved out a respected spot in the True North’s music scene before breaking up in the early ’90s. Happily, they’re recording and touring again, but during the years when they weren’t, Kane kept busy recording several solo albums; one of them, Timmy Loved Judas Priest, was a collection of stripped-down acoustic covers of ’80s favorites. His version of “Our Lips Are Sealed” featured a guest turn from Neko Case, who applies her Queen Midas touch with some perfect grace notes.

Fredo Viola is a professional boy soprano turned video artist; he’s described his music as a cross between the Beach Boys and Sigur Ros. You can hear them both in his “Our Lips Are Sealed” cover, which combines gentle ambiance with vocal harmonies and give the song a welcome new texture.

Nouvelle Vague has garnered a devoted following with their reinventions of classic ’80s tunes as breezy little numbers that live around the equator. Their 2009 album NV3 invited a number of special guests to share the fresh atmosphere of their songs. Among those who took them up on the invitation was Terry Hall, who contributes vocals to “Our Lips Are Sealed.”

Füxa is an electronica collective from Detroit who gives “Our Lips Are Sealed” a warm chill with their cover, skimming just over storm clouds, headed toward the glittering c-beams near the Tannhäuser Gate.