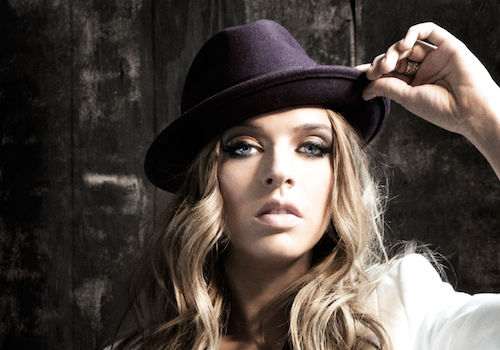 “Grinnin’ in Your Face,” by Delta blues pioneer Son House is a sparse affair: House claps while he sings about the value of true friendship, and that pretty much sums it up. Powerful, catchy, and simple. The cover by L.A.-via-Oregon singer, ZZ Ward, keeps that simplicity while modernizing this classic.

Released as a 7″ for Record Store Day, Ward’s version opens with an excited crowd, a wailing harmonica, and some searing electric guitar riffs. Ward’s sultry voice enters the song, and you’ve got the formula for a great cover. The guitar and harmonica continue to blaze a path for Ward throughout the song; only when the crowd starts clapping on the beat near the end do you realize how few instruments it took to make this huge sound. Check out the video below.

Check out more from ZZ Ward at her website.