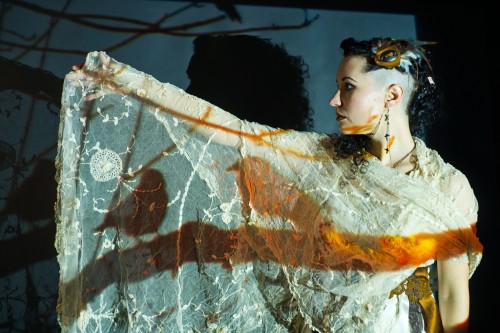 We named San Francisco cellist Unwoman’s Uncovered the second best covers album of 2011 and next week, she releases the sequel Lemniscate: Uncovered Volume 2. She loops cello and vocal parts to make dark symphonies out of songs by MGMT and Amanda Palmer. We’re excited to premiere a highlight, her version of fellow big-voiced temptress Florence and the Machine.

“I fell in love with Florence + the Machine’s debut album, but this song from the Twilight soundtrack was a cut above and quickly became my favorite song to dance to at Death Guild and other goth clubs,” she tells us. “The song so perfectly encapsulate the feeling of teenage love, when you’re completely at someone’s mercy.”

Stream Unwoman’s “Heavy In Your Arms” below.