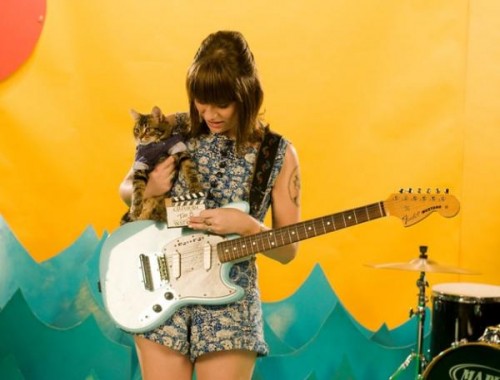 It’s not nearly often enough that pets are credited on songs, but that’s just what Bethany Cosentino has done on the new Best Coast cover of Roy Orbison‘s “Crying” – officially, that is, Best Coast featuring Snacks the Cat. It’s no secret that the band loves cats, but it’s a pleasant treat to hear a track rounded out with meowing.

That being said, much like Jonathan Meiburg’s recent take on “It’s Over,” Best Coast’s cover of “Crying” wonderfully reinforces the beauty of Orbison’s music and his influence on rock and roll. Cosentino’s voice rolls perfectly into the song’s melodies and rhythms, and the fuzzy acoustics firmly hold the beautiful simplicity of the original. Covers of Orbison’s songs illustrate perfectly how integral his sound has become to pop/rock, and covers like this one make us glad that it has. Enjoy.