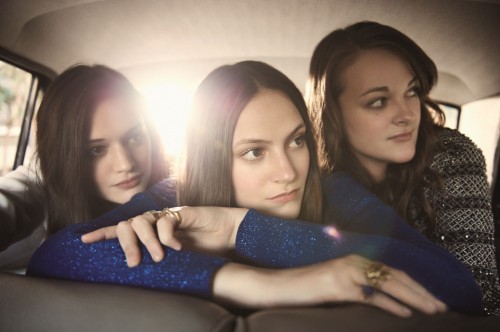 2012 was the year of Fleetwood Mac tributes. Celebrating the 35th anniversary of “Rumours,” various artists released covers of their favorite songs and Randall Poster put together the stunning Just Tell Me That You Want Me. Another tribute that slipped under our radar was released at the very end of 2012 via Mojo Magazine. Rumours Revisited  A tribute to Fleetwood Mac’s classic 1977 album featuring Yeasayer, Mary Epworth, The Staves, Liars, Dylan Leblanc, The Besnard Lakes, Julia Holter and this standout rendition of “Songbird” by English folk group The Staves.

Following the release of their first full length album Dead & Born & Grown back in November, the trio recorded a quiet but powerful rendition of this complicated love song. The trio’s harmonizing and well placed pauses and afterthoughts captures the intent of the original perfectly.

Check out more of The Staves on their official website.

One Response to “The Staves Harmonize with Fleetwood Mac’s “Songbird””