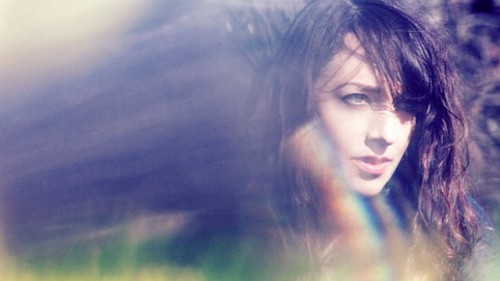 Shoegaze pioneers My Bloody Valentine have been getting nothing but love since the release of their eagerly awaited Loveless follow-up, m b v. Frontman Kevin Shields announced back in November that an album would be released, but no exact date was given (in case you have been living under a rock, it was released on February 2nd). In anticipation of the new album, Canadian soprano Rachel Zeffira dreamed up a gorgeous orchestral pop rendition of “To Here Knows When.”

Recorded in one take at Abbey Road Studios, Zeffira’s take on the dreamy song is nothing short of breathtaking. According to an email she wrote to NPR, she heard “a whole world inside My Bloody Valentine’s guitar layers that I thought could be translated to an orchestral world. The cellos and violins play glissandi in order to interpret Kevin’s guitar bends, and on the album version, I also used a broken English horn to play a harsh drone throughout the song.” The English horn didn’t make its way into this interpretation, but that does not taint the result. Watch and listen to the beautiful homage below:

Rachel’s album, The Deserters, comes out in the U.S. March 12. Preorder it here.