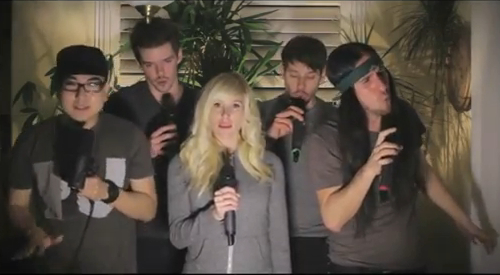 If there’s one thing YouTube is great for (of which there are many), it’s the proliferation of great covers. While there are many not-so-great covers, there are a some acts like Walk Off The Earth that launch their careers with fantastic ones. The band first demonstrated their quirky genius with their take on Gotye’s “Somebody That I Used To Know,” on which they somehow managed to coordinate five people playing one guitar.

Lucky for cover fans everywhere, the band has returned to tackle Taylor Swift‘s latest hit “I Knew You Were Trouble” with an impressive act of dubstep a capella featuring the beatbox stylings of Terry “krNfx” Im. It’s a delight to watch, and the MP3 is available for free (or name-your-price) on Bandcamp. Enjoy.

Walk Off The Earth feat. KRNFX – I Knew You Were Trouble (Taylor Swift Cover)