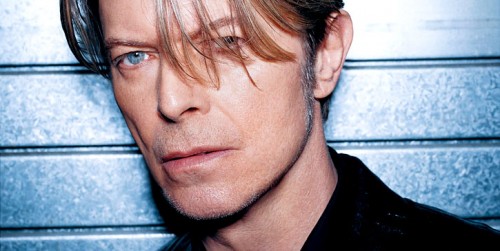 Rock’s greatest chameleon is also one of rock’s greatest songwriters, averaging at least one stone classic a year for over a decade and a half, and the subject of more than a dozen tribute albums. Here are five reinterpretations that pay witness to Bowie and the everlasting strength of his songs.

Bowie’s early work came before his artistic compass had found its true north with “Space Odyssey”; after he became a star, these songs resurfaced to provoke some embarrassment – just ask any laughing gnome. But there were more gems than dross, and the songs held up long after their sell-by date. Witness this cover of “In the Heat of the Morning” by the Last Shadow Puppets, a side project of the Arctic Monkeys‘ Alex Turner.

“He’d like to come and meet us, but he thinks he’d blow our minds,” Bowie sang in “Starman,” accomplishing both in one stroke. Dar Williams rebuilds those minds in her cover, setting the stage in a Laurie Anderson-esque prologue before lifting off into a performance that sounds just as true to her own folk-based muse as it does to Bowie’s.

The Sea and Cake – Sound and Vision (David Bowie cover)

Bowie’s Berlin trilogy found him going noncommercial in a much different way than the punks in London; ambient Krautrock was his game, and one he played very well. The first of the three albums, Low, featured “Sound and Vision” as its first single; it went top-five in England and would go on to lend its name to a Bowie box set and tour. The Sea and Cake’s indie-post-rock sound promised an excellent match for a cover of “Sound and Vision,” and on 2003’s One Bedroom, the promise was clearly fulfilled.

Also from Low, “Be My Wife” features lyrics that are unusually direct for Bowie, and the simple declarations of the chorus are among his most affecting. This cover, by Richard Walters & Faultline, comes from a Bowie tribute album called Life Beyond Mars, a title that quite suits the romantic chill of the performance.

Iggy Pop recorded it first, on 1977’s The Idiot, but Bowie co-wrote it and took it into the top ten in 1983. Sadly, Anna Ternheim’s version won’t get that kind of airplay, but it certainly deserves that kind of attention. Gone are the jagged clamor of Pop’s song and the processed white funk of Bowie’s; instead, Ternheim sounds as remote as the corner of a basement, her quiet guitar growing more and more hypnotic.

Want more Bowie covers? There are an awful lot of them in our archives.