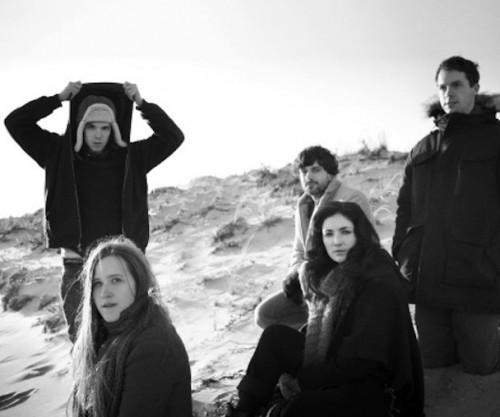 In support of their latest album, Swing Lo Magellan, The Dirty Projectors have been touring non-stop. After a tour through the U.S., the American rockers took a romp through Australia and landed at Melbourne radio station Triple J. For the station’s “Like A Version,” the band played a stripped down version of Usher‘s “Climax.”

The choice may seem like an odd one at first, but the band is actually only one degree separated from the R&B powerhouse. Dirty Projectors singer Amber Coffman sang on the Major Lazer track “Get Free,” a project of producer Diplo’s, and Diplo worked extensively on Usher’s last album. While Usher’s falsettos are difficult to mimic, the band manages to hit them, making this stripped down cover fantastic.

Listen to more Dirty Projectors and see their recent bit in Portlandia by going to the official website.