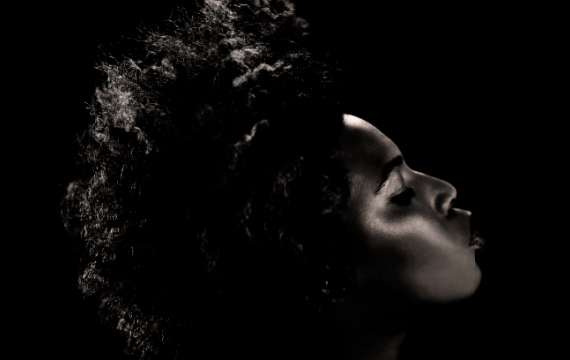 There are cynics in this world who might revise the old adage to read, “Those who can, do; those who can’t, do cover songs.” However, it’s a near-certainty that those cynics have never heard classic cover collections like Cat Power’s Covers Record, the Rolling Stones‘ Rolling Stones EP, or Robert Plant and Allison Krauss’s Raising Sand. Now the time has come for believers and nonbelievers alike to welcome another member to the cover pantheon: Macy Gray’s new take on Stevie Wonder’s Talking Book, an ambitious, full-album undertaking Gray dives into with breathtaking zeal – and what stunning results she brings to the surface. 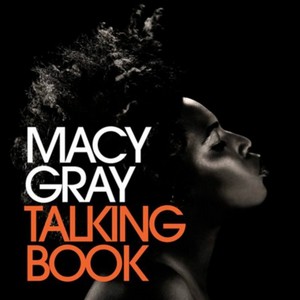 To be sure, Wonder’s 1972 classic flies right into the center of Gray’s wheelhouse; if she were an actress and her discography a filmography, one might call Talking Book “the role she was born to play.” Beneath those famously peculiar strep-throat vocals, most of Gray’s original work has healthy servings of plunky bass, stylish horns, and lots of piano-petting, which is to say that her musical history aligns with the predominant sounds on Talking Book. The artists’ shared soundscapes, coupled with the support of producer Hal Willner (who has more than a dozen tribute albums under his belt) and Gray’s admitted, unflinching love for the original album, make for perfect “covering” conditions and set Gray up nicely for an absolute slam-dunk. Off the heels of Covered, Gray’s more run-of-the-mill covers project earlier this year, it’s a treat to see how readily she scores with track after track on this redux.

Covering Talking Book is a steep mountain to climb from the start. The opener, “You Are the Sunshine of My Life,” is arguably the album’s apex, but Gray approaches it with energy and originality and avoids banal, predictable choices. With her raspy staccato vocals wrapped around it, “Sunshine” becomes less cloying and more playful. It’s styled similarly to Amy Winehouse’s version of “Girl from Ipanema” and features extra layers of light rhythmic textures.

On her gritty rendition of “Maybe Your Baby,” Gray waxes rock ‘n’ roll on top of funk and churns out a version that has more teeth than the original. It’s a little gnarlier – what with the guitar solo reverberating and buzzing all throughout the song like an early Funkadelic track – but Gray’s breathy voice and fretful tone evoke the well-known mistrusting themes of the song and helps keep the track close enough to the adored original.

Gray’s musical departures get a little flighty and off course on Talking Book‘s slower selections. Her sandpapery vocals don’t pair perfectly with Wonder’s more buttery ballads, which is evident on her take of “You and I.” Perhaps aware of this issue, Gray decides to pick up the song’s tempo and adds a few elements that err on the side of disco – synthesizers, syncopated beats, etc. Consequently, the song becomes a little more starry-eyed and impersonal. It’s as if in her version, the “you” in the song is universal – out there somewhere – whereas in Stevie’s stripped original, it feels more as if the “you” is known and present, sitting atop the piano, listening to him intently.

This faster tempo parlays into a rather forgettable take on “Tuesday Heartbreak” and travels on through and into “You’ve Got It Bad Girl.” Here, the psychedelic funk-rock influences are evident again, and if Gray doesn’t necessarily improve upon the original, she adds enough to help the song break free from the stultifying restrictions often associated with neo-soul.

Surprisingly, these lesser-known tracks, which are generally safer for artists to interpret, are not where Gray shines brightest. Instead, she takes bigger risks and soars with the hits. “Superstition” can’t be beat at its own game the way “Higher Ground” arguably can and arguably was with the Red Hot Chili Peppers’ version. Gray wisely recognizes this and decides against encroaching on Wonder’s original choices. Instead, she unfurls the song and does away with its precisely-timed and punctuated instrumentation. Then, upon putting it back together, Gray implements form-follows-content methodology. Her reconstructed version sounds like suspicion. It’s music-noir. It is meandering, eerie, and out-there. It’s light on the funk, heavy on the free jazz, and is a thoughtful attempt at a new way forward with an indelible track.

After “Superstition,” Gray begins her trek down the other side of this monumental album. The next three tracks are outstanding, but for the most part Gray is just applying the same discernment and techniques she showed on previous tracks without many notable variations. The one exception is her stunning version of “Blame It On The Sun.” Here, her frayed and raspy vocals engage perfectly with the torn-up love that is being described on this track. She sounds so tattered, woeful, and lovelorn when she gently croaks, “My heart blames it on me,” that the listener becomes stunned in the emotion in ways that Wonder’s crooning can’t quite allow for.

After this bout of heartbreak, Gray then manages to expand Talking Book‘s closer, the already epic “I Believe (When I Fall In Love It Will Be Forever).” Her version is jazzy and sprawling, and when the backing vocals kick in, the song takes a turn towards gospel (indeed, there is a mention of God in the closing statement). Then, with the gospel elements in full swing, “I Believe” becomes a celebratory affair, with ample amounts of fervent extolling and improvised shouting and groaning. It comes across as genuine and unstudied, busting at the seams with almost visceral adoration, and it serves as an apt and proper ending to an album that its creator considers a “love letter” to Stevie Wonder.

The esoteric, religious undertones of the closing track are fitting, because to listen to the original Talking Book is indeed a religious experience. When it first debuted, Talking Book was commended for its seamless lacing of pop and r&b into each track. It was a crossover hit that had massive chart-appeal. Gray’s take on it is nothing like that. It’s not for the easy listener and it isn’t full of accommodating arrangements. What it is, is a genuine achievement, and Gray’s ingenious interpretation gives fans the opportunity to do two things – lock down their faith in and fandom for Stevie Wonder, and renew their respect for Gray, who proves her artistry with this praiseworthy record.

Pick up a copy of Macy Gray’s Talking Book on iTunes and Amazon.