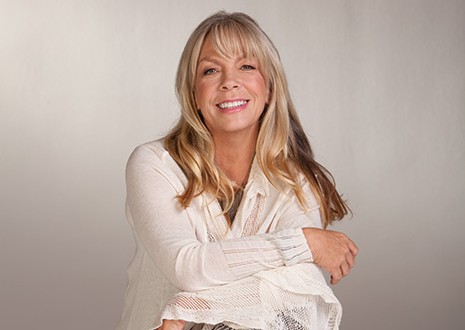 Singer-songwriter and musician Rickie Lee Jones has spent nearly 35 years carving a unique path that has blended rock, pop, blues, R&B, and jazz. From her early success with the hit 1979 song  “Chuck E’s in Love” to the 2000s where she experimented with beats, loops and spoken word, Jones is the embodiment of the evolving artist. Her latest effort, The Devil You Know is a collection of covers of classic rock tracks that read as a greatest hits list.

Folk rocker and Jones’ “twin”, Ben Harper lends his talents as producer, helping Jones reinterpret songs by artists like The Rolling Stones, Van Morrison, The Band, Neil Young and more. Jones had considered doing a Tom Waits song, given their past romance. She tells the Telegraph UK: “There was going to be a Tom Waits song on the album. It was “The Heart Of Saturday Night”, a song I liked before I met him. We recorded that and then Ben said: ‘That’s brave. I don’t think I would do a song by an ex’. That interrupted the idea and when I looked up how many people had already recorded it, I thought, well he doesn’t need any help anyway.”

Each track on The Devil You Know features sparse instrumentation, leaving lots of space for Jones’ voice at the forefront. There is an intimacy that brings you right into the studio sitting next to Jones as you experience her years as a vocalist.  The opening Rolling Stones classic “Sympathy for the Devil” goes from being a revelatory 60s soundtrack to a deep, soulful look into the dark side of being human, being sung by the devil inside. After listening to the opening track, you know you are in for something special the rest of the way through. Neil Young’s “Only Love Can Break Your Heart” takes the tension that Neil creates and turns it into a more traditional feeling break-up ballad. Stream “Reason to Believe” below, then on over to Paste Magazine to stream a listen of the entire album and  head over to iTunes to grab a copy.

Get more info on Rickie Lee Jones on her website.