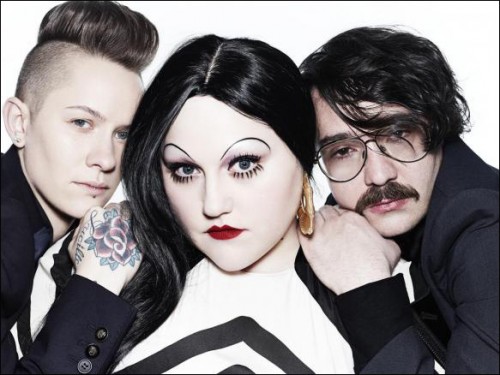 Gossip (formerly known as The Gossip) is an indie punk- rock band that formed 13 years ago in Olympia, Washington. Singer Beth Ditto, guitarist Brace Paine and drummer Hannah Blilie make up the powerful three-piece act. Last month while ending up a tour down under featuring an appearance at Splendour In The Grass festival, the band stop by radio station Triple J. As part of the station’s “Like a Version” live cover series, Gossip performed a tune they have played in their live sets, “What’s Love Got To Do With It.

“What’s Love Got To Do With It” is the second single from Tina Turner‘s 1984 solo album Private Dancer and became Turner’s most successful Grammy winning single. In 1993, the song’s name was used as the title for What’s Love Got To Do With It, a biopic about Turner’s life. The song was originally recorded by UK pop group Bucks Fizz in 1984 as a demo, and remained unreleased until 2000. Watch Beth Ditto of Gossip belt out a strong take of the track below.