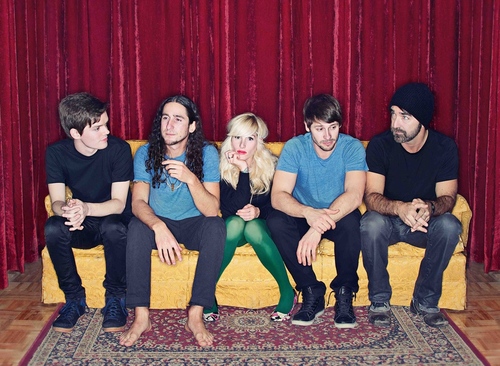 Following up on their massively successful Youtube version of Gotye’s “Somebody That I Used to Know” (133 million views and counting!), Walk Off the Earth is back with another indie pop cover. As they prepare to kick off an international tour, the Ontario five-piece has released their take on fun.‘s “Some Nights.” They invited singer/songwriter Julia Nunes along for the ride.

Walk Off the Earth made a splash with their Gotye cover when all the band members played a single guitar together. “Some Nights” finds only a lone guitarist, but the band brings the same tight harmonies to their makeover of fun.’s late summer hit. Sarah Blackwood takes the lead with standout vocals on another tightly produced track from these rising covers stars. Check out the video below.

Walk Off the Earth and Julia Nunes- Some Nights (Fun. cover)

Hear more from Walk Off the Earth at their website or Myspace.

One Response to “Walk Off the Earth and Julia Nunes Have fun. with “Some Nights” Cover”