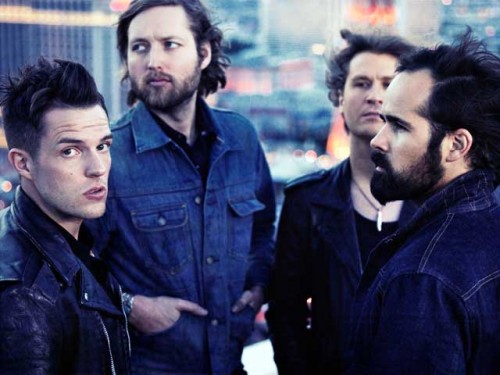 For many, the phrase “UK’s finest” in terms of music may call to mind iconic acts such as The Beatles or The Rolling Stones. Lead singer of The Killers, Brandon Flowers, had a different band in mind as he introduced a cover of Oasis‘s “Don’t Look Back in Anger” during their set at V Festival.

“We’re going to celebrate one of UK’s finest for a moment,” Flowers said to the thousands of audience members in Weston Park, England. The acoustic cover was met with instant singing-along and camera-phone recordings from the enthusiastic crowd.  The stripped-down version didn’t stray too far from the Gallagher brothers 90s hit, but in this case it worked out well. The band also performed two songs off of their upcoming album, Runaways, which hits shelves September 18th.

Listen to more of The Killers and check out tour dates over on their official website.