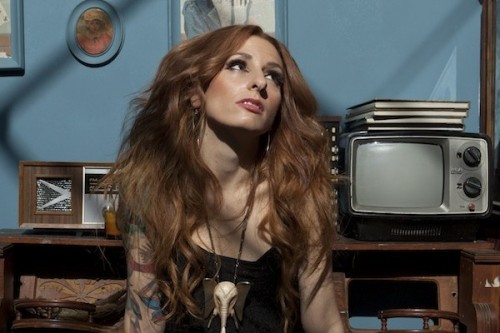 Back in June Cover Me premiered Kendra Morris covering Chris Isaak’s “Wicked Game.” In that piece Morris foreshadowed her latest cover when she said “you can hear echoes of Dark Side Of The Moon in both the production and at times the way I use my voice.” Keeping with the Pink Floyd vibe comes an amazing soulful rendition of “Shine On You Crazy Diamond.” The song was written by Roger Waters, Richard Wright, and David Gilmour and is a tribute to former band member Syd Barrett. It was recorded for the 1975 concept album Wish You Were Here.

Along with the exceptional cover release comes her new album, Banshee. Inspired in name by wailing female demons from Irish folklore, Banshee is an amalgam of stories, both imagined and Morris’s own, produced by collaborator Jeremy Page. “In a way, banshees just cast spells with their voices,” Morris says, “and I just think some of the greatest singers do the same thing.” The album is out this week on Wax Poetics Records. Listen and download the fresh Floyd cover below.