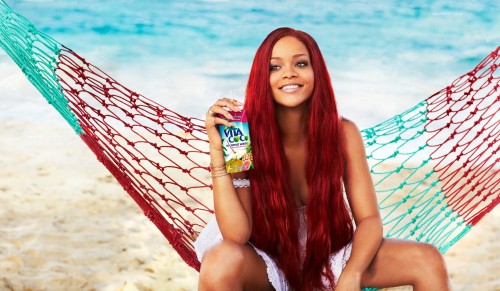 Barbadian hip hop star Rihanna is no stranger to creating albums of infectious dance hits, and her most recent one, Talk That Talk, is no exception. The album, Rihanna’s sixth, features some of her best tracks so far, including “We Found Love,” “Talk That Talk” and one of her latest and most popular songs, “Where Have You Been.”

Like “We Found Love,” “Where Have You Been” was co-produced by DJ Calvin Harris and features many electro-pop elements, including a strong dance beat and one heavy climax of a chorus. Despite Harris’s influences, the track screams Rihanna and isn’t missing out on her characteristic ferocity or her strong vocals. With that said, it’s no wonder so many Rihanna fans have chosen this song to spice up in their own way — you can check out five of the best “Where Have You Been” covers (at least so far) below!

1. Michelle Martinez
The Bay Area’s young yet talented Michelle Martinez swaps out the strong electro house beat of the original for drums, a piano, and strings in her version of “Where Have You Been” – and she’s got a voice to rival Rihanna’s to boot.

2. Masha and Claude Kelly
As evidenced by the video below, the rich yet raw voice of New York-based pop rock singer Masha mixed with the skillful background vocals and guitar-playing of Claude Kelly results in a unique and refreshing acoustic cover of Rihanna’s latest hit.

3. TeraBrite
What kind of electro-pop track would “Where Have You Been” be without its own pop-punk cover? Thankfully, the young, creative duo TeraBrite was nice enough to deliver on this front, serving up a rendition heavy with electric guitars and some hard drumming.

4. James Reader
Upon first listen, it’s obvious that the UK’s James Reader is quite a talented singer, but this video proves he’s good at a lot more than belting out a few notes. In addition to providing the vocals to his synthy take on Rihanna’s “Where Have You Been,” James plays the guitar, the bass, and the keyboard.

5. Chen Aharoni
Given that Israel’s Chen Aharoni usually sings his songs in Hebrew, we give him props for his very well-sung cover of “Where Have You Been.” The slower beat and softer swells really give his version of the track a different yet equally awesome feel.