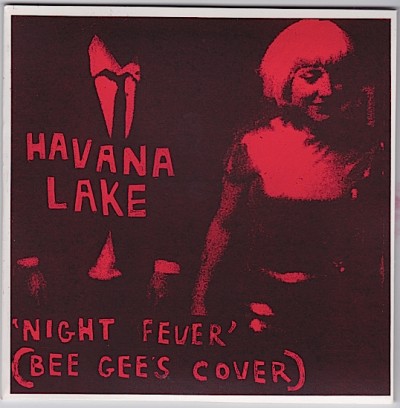 In the late 70s the Bee Gees were an integral part of the rise of disco. The brothers Gibb helped create the soundtrack and the title to the 1978 hit film starring John Travolta, Saturday Night Fever. The film was originally going to be called Saturday Night  but Robin Gibb suggested the title from a track they recorded for the film, “Night Fever”. Eventually the producer settled on merging the two and history was made. Two months ago Robin Gibb died after a long-fought battle with cancer, leaving brother Barry as the last surviving Gibb brother.

Fortunately the music the brothers Gibb made over five decades will continue to set a standard when it comes to pop harmonies. In contrast to the soaring melodies the Bee Gees were known for, Melbourne trio Havana Lake has taken the band’s hit “Night Fever” and grounded in a lo-fi way. Instead of a disco thumping track to bounce down the street to, Steven Heath from the band I DREAM IN TRANSIT has created a cover that feels more appropriate as a soundtrack to The Walking Dead. Have a listen to the haunting track below.

Get more from Havana Lake on their bandcamp page.