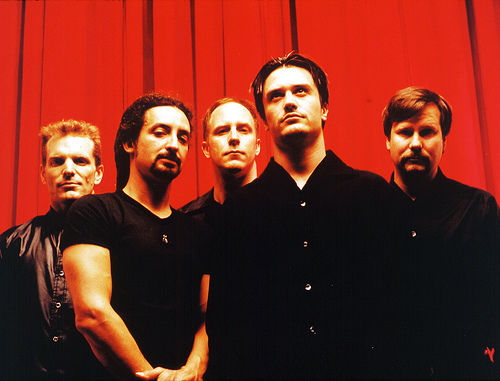 Alt rockers Faith No More took on the amazingly successful Watch The Throne single “Niggas in Paris” at one of their recent live shows. While it might be challenging to turn a Jay-Z and Kanye West hit into a rock tune, especially at a live show, the audience seems to really enjoy how much fun lead singer Mike Patton seems to have giving the song a darker edge.

If one weren’t familiar with the rap mega-hit they probably wouldn’t recognize Patton’s cover as a Kanye West verse at all. While he doesn’t change the words, the tone becomes more intense and almost threatening near the end. It’s the perfect way to cover a song for an audience that came to hear quality Rock and Metal. While one can’t be sure if the rappers themselves would appreciate the catchiness of the rock cover, it seems pretty clear that rock, and even rap fans, might agree that this cover is cray. In a good way, of course.

Check out more from Faith No More on their website.