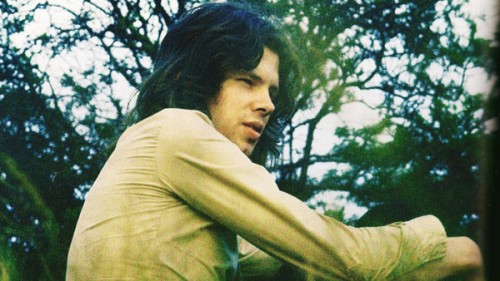 Oh, if only we could know.

Alas, Drake’s burning candle did not last the night, but its lovely light has only grown brighter. Here are five artists reflecting and magnifying that light to the point of incandescence.

The Books teamed up with Jose Gonzalez for the Red Hot Organization’s charity album Dark Was the Night. They did the project proud by combining Gonzalez’s intricate acoustic work with the Books’ cello / electronica sound on a cover of Drake’s “Cello Song,” bringing an oriental spareness to the song as they breathe it aloft on its gossamer wings.

Saying “Northern Sky” is a love song is like saying Fred Astaire is a dancer – true on the surface, but missing so much. Featuring John Cale on piano, organ, and celesta, the song features Drake laying his heart open, but with a difference – here, he has someone to offer it to. With that gorgeous melody, and that exquisite imagery, it would be inexcusable for his paramour to turn it down. Portastatic does the song remarkable justice, and in a live setting, no less.

Scott Appel was a graduate of the Berklee School of Music who was deeply influenced by Drake’s work. He went further than most, befriending Drake’s parents and figuring out the songs’ tunings; upon hearing the results, Drake’s mother Molly was moved to tell him, “So often, and especially when you’re playing Nick’s songs, you sound so like Nick it makes my heart turn over!” Appel was given permission to access Drake’s then-unreleased recordings, and he made the most of it, releasing two albums that reflected a deep understanding of both the compositions and the man who wrote them. Appel also died too early, of heart disease at the age of 49, but his interpretations of Drake’s work remain definitive. “Our Season,” from Nine of Swords, is just one example of what he could do.

Walt Mink was a band that deserved to make it so much bigger than it did; shuffling lineups and label politics ended up dooming them to obscurity. A few rays of brilliance managed to escape that black hole, however; one was their cover of “Pink Moon,” on their 1992 debut Miss Happiness. It’s much louder than the original, but it’s not noise for noise’s sake; the source material is the focus, not the interpretation of it, and that makes the interpretation all the stronger.

The Soundtrack Of Our Lives – Fly (Nick Drake cover)

In its original form, “Fly” had a gentle, melancholy air (thanks in part to Cale’s viola and harpsichord); its use in The Royal Tenenbaums is as appropriate as can be, as its characters come to acknowledge that “it’s really too hard for to fly.” But in the hands of the Soundtrack of Our Lives, the song raises the roof. It’s an undeniable celebration, and it’s thrilling to hear the song releasing Drake’s spirit. It’s even more fun to imagine him being convinced that in another set of hands, it’s really not too hard for to fly after all.

Want more Nick Drake? We’ve got covers of every song off his classic albums ‘Pink Moon’ and ‘Five Leaves Left.’

2 Responses to “In The Spotlight: Nick Drake”