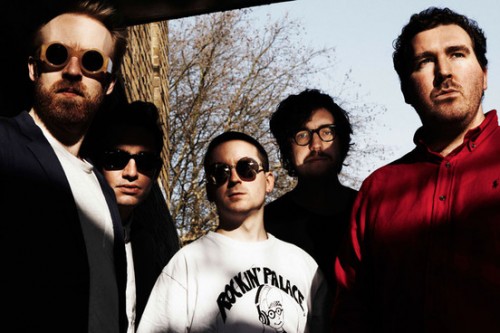 For those familiar with Hot Chip‘s debut album, it is very clear that the band does not appreciate it when people try to tell them that they’re ‘down with Prince.’ Because, in case you didn’t know, Hot Chip is very down with Prince. While promoting its upcoming album, In Our Heads, the band stopped by Radio One with Zane Lowe and performed a funky version of Prince’s “If I Was Your Girlfriend.”

Lowe deemed the cover “a lovely surprise.” A definite departure from the original, Hot Chip takes the sensual song and gives it its own brand of what can only be described as a bubbly funk. The band’s love for synth combined with steel drums make this cover – along with the rest of the show – worth a listen.

Hot Chip – If I Was Your Girlfriend (Prince cover)

Hot Chip’s “In Our Heads” drops June 11th on Domino Records. See if they are touring near you on their official website.