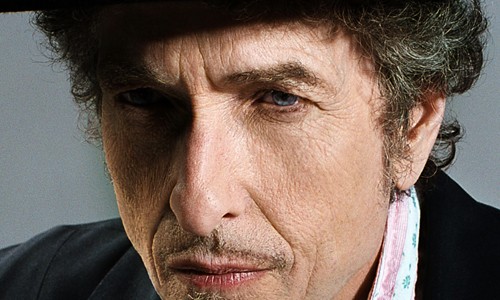 We’ve given Dylan plenty of virtual ink on his previous birthdays (A-Z, anyone?), so our first thought was to give it a rest for just one year. But the man’s talent, and the nation’s continuing recognition of it (not to mention our own fandom), simply could not be denied. So here’s one more small tip of the hat to an American treasure, saluting an earlier song that’s as carefully constructed – and as perfect – as a Faberge egg.

“Tomorrow Is A Long Time” was featured on the first all-Dylan cover album, recorded by Odetta. Elvis Presley heard that cover and recorded his own for the Spinout soundtrack – Dylan later admitted, “That’s the one recording I treasure the most.” Nick Drake cut his teeth on it in a home recording made before he ever set foot in a studio. Rod Stewart can lay claim to the definitive version, on his Every Picture Tells a Story album. Amazingly, all these versions were made before Dylan’s official version ever came out, as collector bait on his Greatest Hits V.2 album. For such a quiet starter, “Tomorrow” is one of his most durable recordings, still attracting unique covers to this day. All five of the following tracks were recorded in the 21st century, and they should all sound just as good well beyond the 22nd.

Arbouretum is technically a folk-rock band, but they aren’t anywhere near Byrds territory. Their loud rustic sound brings a weary Wilco to mind, or Crazy Horse on a handcar. On 2009’s Song of the Pearl, they cover “Tomorrow” like they never expect to see another tomorrow themselves, proving that one need not work oneself into a blazing fury in order to rage against the dying of the light.

Barb Jungr knows her Dylan – she recorded an all-Dylan cover album, Every Grain of Sand, in 2002. A few years later came Love Me Tender, an all-about-Elvis album; that’s the one that has “Tomorrow” on it. You won’t find a trace of either man in her take, though – her European cabaret inflection takes the song literally half a world away, and both the hollow music and her smoky, spooked voice somehow convey a sense of hope as well as doom. A dusky gem.

The Australian slowcore band Catnip has been compared to Low and Galaxie 500; small wonder that Kramer, who produced both those bands, has the producer’s chair for their 2008 album Mirror. Together they meander through the cool fog of “Tomorrow,” wistful and elegant and trembling with the anticipation of being swept away by the tide.

Rosalie Sorrels is one of the few folksingers left who’s been in the business longer than Dylan has (she was born eight years earlier), and who sings about the political and the personal with the strength of a woman half her age and the hard-won wisdom of one twice that. In her hands, “Tomorrow” sounds like a gentle valedictory address, but she still knows that being able to lie in her bed once again doesn’t mean she won’t rise to fight the good fight the following morning.

Million Dollar Bash (Missouri Salutes Bob Dylan) is a double album filled with artists from the Show Me State, both unknown and… well, even more unknown, paying their respects to the man from Minnesota. One of the artists featured therein, the Kingdom Flying Club, give “Tomorrow” a sound reminiscent of the Jesus and Mary Chain going acoustic, complete with drum machine and near-monotone vocals that are less boring than hypnotic. Don’t believe it? Listen to how jarring the ending is, and think how much you wish it could keep on going.

One Response to “Five Good Covers: Tomorrow Is A Long Time (Bob Dylan)”