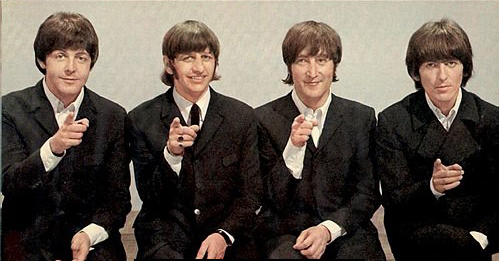 John wanted to write about an affair he had without letting his wife know. Paul suggested ending the song with the protagonist burning the house down. George thought the song needed something special, and spontaneously picked up the sitar he’d recently bought. Ringo laid off the drums and gave the song the gentler percussion it needed. Together, they crafted “Norwegian Wood,” one of the highlights of Rubber Soul and the entire catalog of the Beatles.

When a song like “Norwegian Wood” breaks so much ground, it’s hard to imagine it being taken somewhere higher. It’s to the great credit of the following artists that they’re able to do so. All classics deserve to be heard with fresh ears; many thanks to these five for enabling that to happen.

In Bill Graham Presents, Graham tells the wonderful story of bringing Buddy Rich to the Fillmore and convincing him to open the set with “Norwegian Wood” (read it here). One listen to this and you can understand why all those twentysomethings who didn’t know Buddy Rich from Richie Rich would be glued to the stage by the work of a foul-mouthed man in his fifties.

The Minnesota Beatle Project is designed to support art & music education in Minnesota public schools. So far, they’ve compiled three CDs of Minnesota artists performing Beatles songs; 100% of the net proceeds from these CDs fund the project. You can learn more about them here; in the meantime, enjoy Messermith & Coulter’s reworking of “Norwegian Wood,” which they jokingly claim “freed it from the trappings of a ’60s boy band.”

Mendes gave the Lennon-McCartney catalog a lot of attention over the years; here, with Brasil 66, he shows what could happen when Liverpool was hit by a South American front. Don’t like the result? Blame it on the bossa nova.

P.M. Dawn made some of the lushest and gentlest urban pop of the early ’90s. On The Bliss Album…?, they take “Norwegian Wood” and set it adrift on rich clouds of warmth and rapture – memory bliss, if you will – and show the power gained from setting your reimagination free.

The Alan Copeland Singers won a 1969 Grammy (Best Contemporary Performance by a Chorus) for this recording; years later, it appeared on Golden Throats 4, the all-Beatles entry of Rhino’s memorable series of bad-music compilations, with a portion of the lyrics serving as description (“Isn’t it good? No -“). But today the song sounds ahead of its time, both in its lounge sound (outdated then, retro-cool now) and its combining the Beatles with a TV theme that still sounds great into a song that could be called a proto-mashup. How can something so square be so sweet? Hear for yourself.

“Norwegian Wood” can be found on iTunes and Amazon. Bill Graham’s fantastic book can also be found on Amazon.