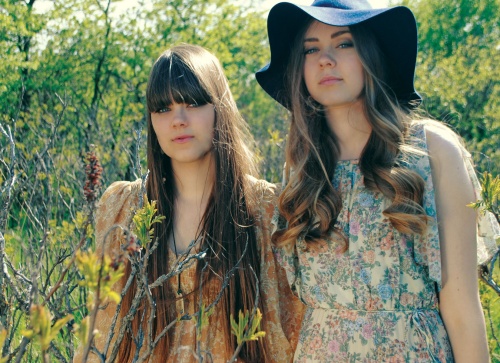 Although the term “perfection” is often thrown around without reserve or actual thought, First Aid Kit may have reached it with its latest cover. The folk duo, known for their angelic harmonizing voices and beyond-their-age depth, recently covered Joan Baez‘s “Diamonds & Rust,” and to say it is haunting is something of an understatement.

The Söderburg sisters have the undeniable ability to cover any song and move nearly any listener to tears – just ask Patti Smith. The greatest part about this cover – an obvious ode on Baez’s part to Bob Dylan – is that First Aid Kit manages to infuse it with their own sort of heaviness, making the cover much more than a homage.

First Aid Kit just released their latest album, “The Lion’s Roar.” Check it out on their official website.