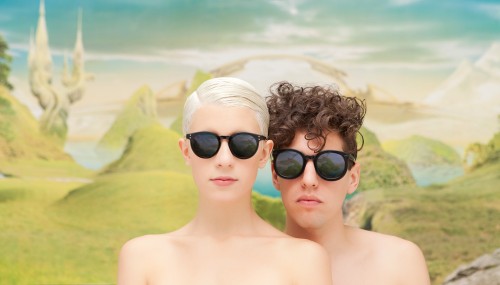 It was just a little over a month ago that we first heard YACHT‘s electropop version of Brigitte Fontaine’s “Le Goudron.” It was everything we have come to expect from YACHT: dance-worthy, trippy, and surreal. With the duo’s rendition of The Velvet Underground & Nico’s “I’ll Be Your Mirror,” the band decides to go into an unexpected but welcomed subdued mode.

Unlike the duo’s previous cover, YACHT decides to stay eerily true to the original with this rendition. Singer/Artist Extraordinaire Claire L. Evans mimics Nico’s voice to perfection and the upbeat tempo is one of the only indicators that this is not the original. This cover was released as the B-Side to the previously released Fontaine cover. You can grab this tune (streaming below) along with the rest of the Le Goudron EP on iTunes.

See if YACHT is coming anywhere near you for their Shangri LA tour here.