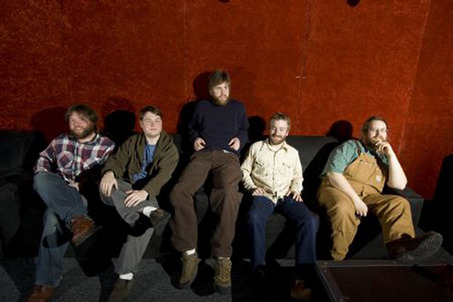 If you haven’t been following the A.V. Undercover 2012 series, you’ve been missing out on exceptional cover songs. The series contains twenty-six performances, the most recent being Trampled by Turtles playing a bluegrass rendition of “Rebellion (Lies)” by Arcade Fire, bringing the series to its eighth cover.

The penultimate track on Arcade Fire’s debut album Funeral, “Rebellion (Lies),” is undoubtedly catchy. Trampled by Turtles doesn’t tamper with the catchiness, but instead makes the song unique with the help of a mandolin, banjo, and violin. It’s worth multiple listens, and overall a darn good cover, or as the A.V. Club says, “This ain’t your daddy’s Arcade Fire (or something).” Watch below.

Check out Trampled by Turtles, and their new album, Stars and Satellites, on their site.