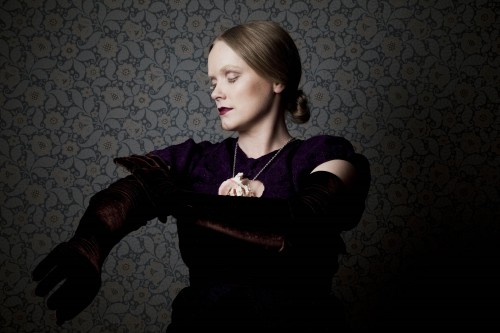 • Portland folk-poppers Horse Feathers have gotten a ton of buzz behind their lush new record Cynic’s New Year, but they show they can still mesmerize in an intimate setting with this Bruce Springsteen cover. They recorded it for Aquarium Drunkard, where you can also get a Tim Hardin cover.
MP3: Horse Feathers – Used Cars (Bruce Springsteen cover)

• If the name Sad Baby Wolf doesn’t ring a bell, try this: The Shins. Two ex-Shins regrouped in Albuquerque, created Sad Baby Wolf, and released their debut single last December. Now they go back to their roots with a crunchy cover of Neutral Milk Hotel’s very first single, without which they or the Shins would likely not exist.
MP3: Sad Baby Wolf – Everything Is (Neutral Milk Hotel cover)

• Speaking of Kraftwerk, the world may not have asked what the Deutsche kompüter-men would sound like covering Whitney Houston…but now we know anyway. It’ll get you weeping out of your microchips.
MP3: Le Le – I Will Always Love You (Dolly Parton/Whitney Houston cover)