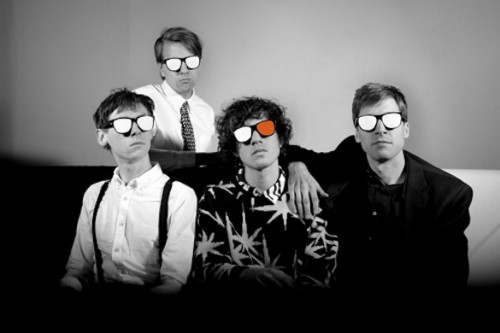 Oberhofer‘s cover of Kanye West‘s douchebag anthem “Runaway” is not something new; Cover Me first saw the rough acoustic rendition almost a year ago along with a slew of other covers of the single. For Record Store Day, Oberhofer gave the cover a formal release and executed it in a spacy, rock context.

When bands that attract hipster crowds cover hip hop tracks, it is usually done in a playful manner. Oberhofer, however, successfully captures the angst and acceptance of douchebag status of West’s original ambitious track. Luckily, the track only clocks in just under five minutes unlike the 35-minute opus of a music video West created, so you can take a quick listen to it while sitting at your desk.

Go to the band’s Myspace to hear more music and tour dates.