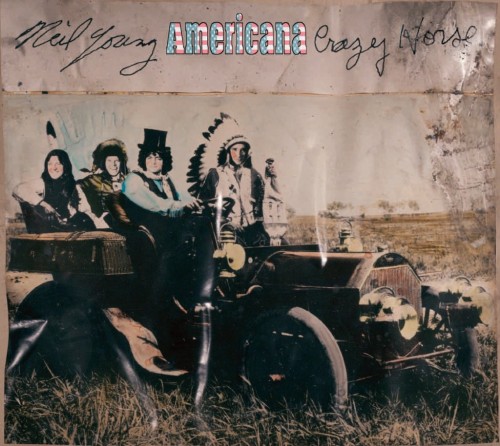 Neil Young has reunited with his longtime, once in a while bandmates Crazy Horse for a new album after a decade off.  Americana is Neil paying tribute to classic American folk songs re-arranged in a way that makes them poignant and relevant today. Due out June 5th, Neil and Crazy Horse have released “Oh Susannah” today as the first single off the album. “Oh Susanna” is originally a minstrel song by Stephen Foster, first published in 1848, and was one of if not the most performed songs in America until 1900. Check out the video below featuring old, odd footage of a man playing banjo for his family in a small cabin, while his son dances and puffs on a smoke.

In addition to putting his own spin on the classics, Neil has partnered with Talenthouse to launch a contest to cover one of the classic tracks from Americana. Talenthouse is a premier social networking community where creativity is crowd-sourced and fans have a chance to have their cover rendition featured on Neil’s social media channels. Neil will pick his winner, who will have their submission featured on the social media channels and will receive $1000. There is also a People’s Choice award where the highest voted artist will receive a copy of  Americana and $500.

Entrants may cover one of the following songs as featured on Neil Young’s Americana album:

Get more info and pre-order Americana on Neil Young’s website.