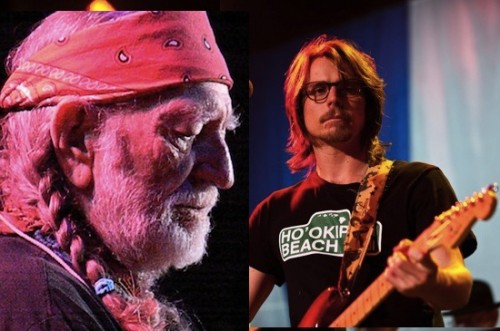 It’s a tried but true statement that there are certain artists who create solid gold from everything they touch. It is undeniable that this is the case with country legend Willie Nelson, as we’ve seen from his six-decade-plus career and, most recently, his unexpected take on Coldplay’s “The Scientist” for a Chipotle ad.

Now, for his upcoming album Heroes, Willie has teamed up with his son Lukas on Pearl Jam‘s “Just Breathe.” They don’t change much about it, but there frankly isn’t all that much in need of changing to bring the signature Willie Nelson style to the song.

The two deliver the obligatory twang and harmonica but the more important element brought to the song is a sense of having listened to it, really listened, and soaked up not just the technical aspects of the original but the spirit and heartfelt beauty of it. It’s difficult to distinguish between the individual voices, and at times it seems as though Willie is harmonizing with himself, but this only further emphasizes the meaning the father and son duo bring to the track. There’s an audible fluidity between generations and the sense that the two are singing from somewhere deeper than the source material. It’s only fitting that the song’s title is “Just Breathe” because that seems to be precisely what Willie and Lukas do together, father and son and guitars and harmonica all just breathe.

Check out more from Willie Nelson at his website and more from Lukas Nelson & Promise of the Real at their website.