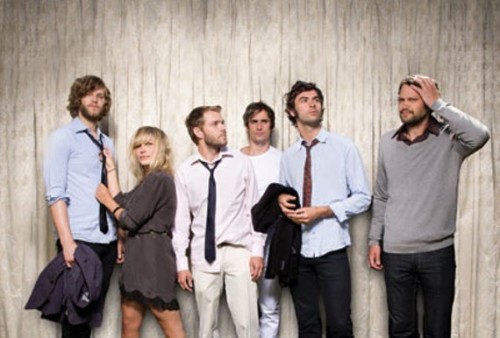 A.V. Undercover 2012 is well underway. We recently watched The Punch Brothers add a bluegrass twist to The Cars’ “Just What I Needed,” and now, for the most recent installment, Seattle band The Head and The Heart have covered “Go Your Own Way,” one of Fleetwood Mac’s most recognizable songs from their immensely successful album Rumours.

Fleetwood Mac members were experiencing various upsets within the band while recording Rumours, and it’s greatly reflected in the lyrical content of the songs. “Go Your Own Way,” written by Lindsey Buckingham, was more or less a kiss-off to Stevie Nicks and their strained relationship, but despite the pessimism, the song is very likeable (it’s that second “go your own way” in the chorus that makes the song so great). And you don’t need to be on the outs with your lover to play a decent version of it. The Head and The Heart, claiming to be drama free, played a slightly slower, more acoustic “Go Your Own Way,” and did a pretty great job of it. Watch below.

Check out more from The Head & The Heart here.