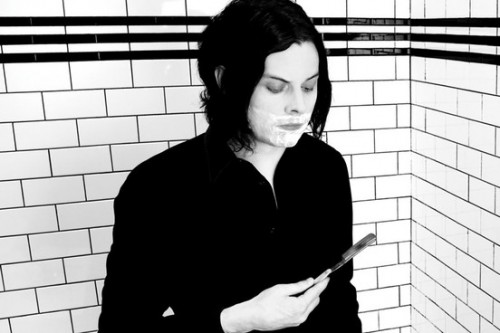 Jack White’s most recent record is a solo album titled Blunderbuss, released earlier this week. It’s been met with mostly positive reviews, some of which mention the New York Times‘ profile of White as a way to interpret Blunderbluss, some of which go beyond the standard structure of a review and venture more into an informal essay on how he is the most important rock star of our time, and/or some of the reviews touch upon the music here and there. The album is apparently filled with darker experiences like frustration, disappointment, disenchantment, and emptiness, all still set to White’s gritty blues sound. Within all of that is a cover of Little Willie John’s “I’m Shakin.”

Little Willie John was an R&B singer, but it’s easy to see where White’s appeal for covering this song may have come from. The lyrics depict a man shook up from romance in a way that seems to suggest innocent butterflies have become destructive nerves, familiar territory for White, and his cover is incredible. He keeps the same tune, but makes it richer with backup singers (credit robinson source), his own signature cadence, impressive guitar playing, and a faster beat. Listen below.