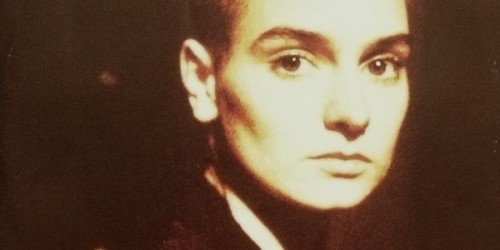 The highest peak and the lowest valley in Sinead O’Connor’s professional career are linked to cover songs. In 1990, she had a worldwide number one hit with her version of “Nothing Compares 2 U,” written by Prince. Two years later, she performed a version of Bob Marley’s “War” before she ripped up a picture of the Pope; her career was never the same. Two decades have passed since that seminal moment, and in that time, O’Connor has quietly become one of the foremost musical interpreters of our time.

Today’s audience is more likely to know events from O’Connor’s personal life than her most recent album, and that’s a real shame. She’s a truly gifted musician whose arrangements of songs, familiar and otherwise, brings them insight that their own composers may never have known. Whether it’s covering Nirvana’s “All Apologies” or “Don’t Cry For Me, Argentina” from Evita, O’Connor’s range is wide and deep. And that voice – powerful, haunting, anything but forgettable – has lifted so many songs into air more rarefied than they’ve ever known. Some examples follow…

Two Rooms, an album that paid equal tribute to Elton John and his lyricist Bernie Taupin, got a lot of things wrong – for example, Wilson Phillips used surgeon-like skill to remove all the pain from “Daniel” – but it also featured O’Connor’s version of “Sacrifice.” The only artist on the album to cover a post-1975 Elton John song, O’Connor proved that John’s work remained vital to the music scene of the day, while stripping away all the synthetic material around the song to reach its fleshy, pained heart.

ABBA being ABBA, they couldn’t resist giving “Chiquitita” a bouncy, near-joyous chorus that belies the sadness of the verses. O’Connor’s rendition makes her role as comforter and confessor far more evident and important. There’s no merriment here – just the assurance of having a close friend by your side.

O’Connor has long had a fascination with Rasta; her 2005 album Throw Down Your Arms consisted entirely of covers of classic reggae songs, bringing the music to a wider audience. On the followup Theology, she has acoustic and full-band versions of the Melodians’ “Rivers of Babylon,” which may be the only song to make memorable appearances in both a movie soundtrack (The Harder They Come) and the Bible (Psalm 137). O’Connor’s near-folk interpretation brings the voice of God, or Jah, to listeners who may have never heard it otherwise, and in a way that commands both respect and understanding.

O’Connor has a complicated history with religion, turning away from the institution while immersing herself in the spirituality; she has spoken of “rescuing God from religion” with some of her covers. The same could be said of Andrew Lloyd Webber’s rock opera Jesus Christ Superstar, which included the hit “I Don’t Know How To Love Him.” First performed by Yvonne Elliman (of “If I Can’t Have You” fame), the song becomes something more in O’Connor’s hands – she’s not about to be swept up in a string arrangement, when she can ride strong over it. It also says something that her last line is no longer “I love him so,” but “He’s just one more.”

How About I Be Me (And You Be You)?, O’Connor’s newest album, features only one cover, but it’s a corker. It’s the title track from John Grant’s album Queen of Denmark, a work of pure catharsis from start to finish, and it’s clear O’Connor’s found a kindred spirit – the intensity with which she declaims these lyrics, just as ready to hate herself as her antagonist, make it sound like she’s been waiting to sing them all her life.

Read more about and from Sinead O’Connor on her website.

3 Responses to “In the Spotlight: Sinead O’Connor”