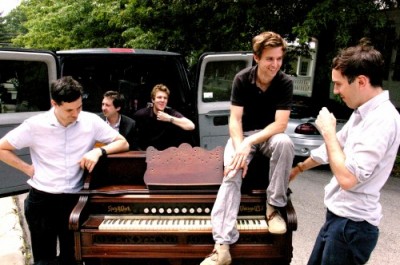 With hard work so too come moments of unplanned medleys covering three famous U2 songs, or at least that’s what happens for The Walkmen. The band recently announced that they have finished recording another album, and as a means of relief, celebration, exhaustion, etc, the band released an “embarrassing recording of a spontaneous outburst of frustration that occurred during the very rigorous sessions,” which culminated in covers of “Pride In The Name of Love,” “With or Without You,” and “Sunday Bloody Sunday.”

The Walkmen stated they were just blowing off steam, which may vouch for the incredible energy these covers bring. Recorded on the sly by their producer Phil Ek, the band played with no restraint, and singer Hamilton Leithauser actually passed for a more nasally Bono, despite dropping some of the lyrics to “Sunday Bloody Sunday.” Listen to the session at their Facebook page. (via Beats Per Minute)