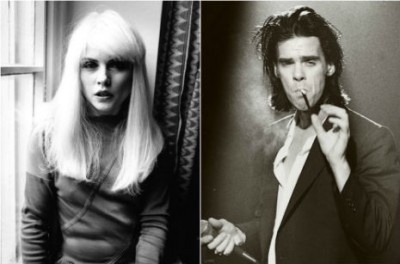 There was a time when Los Angeles could boast housing some great punk bands. During the late ‘70s and early ‘80s, people were inspired by punk rock acts in England, and as that phenomena spread, bands like X, The Weirdos, and The Flesh Eaters emerged on the Southern California scene. It would have been a vibrant time to play in a band, and perhaps the ideal time to take large risks in sound, like combining punk rock with blues and country, which is what Jeffrey Lee Pierce did with The Gun Club. An upcoming tribute album called The Journey is Long will be released in honor of the late frontman, and features the Nick Cave and Debbie Harry cover of “The Breaking Hands.”

The compilation has covers from friends, fans, and the like. In relation to Harry, Pierce was the president of the Blondie fan club in Los Angeles, eventually allowing him to meet Debbie, and Blondie member Chris Stein, who signed The Gun Club to his label Animal Records in 1982. Beyond that, Nick Cave and Jeffrey Lee Pierce were personal friends for a long time. Their duet of “The Breaking Hands” is piano-driven, and sounds a little bittersweet. Stream below.