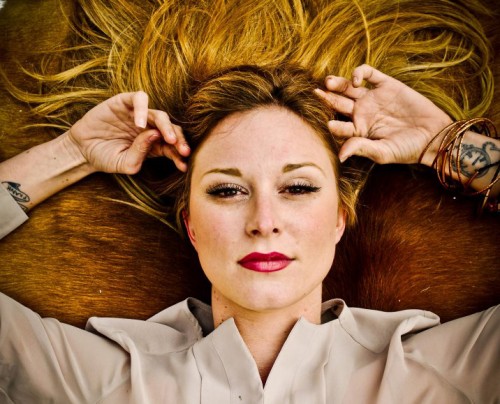 Often times while reviewing new covers that come in, the first impression of a new and unknown artist is both their name and the genre of cover they release. When I saw the name Bunny West doing a piano cover of the classic heavy metal track “Run to the Hills” I knew I was in for a treat. Off of Iron Maiden’s 1982 album The Number of the Beast, the song was the debut with the band’s vocalist Bruce Dickinson. Dickinson would establish himself as the pioneer of operatic power metal vocalists that followed through the ’80s.

“Born on a locomotive, raised on a reservation, and steeped in salvation” comes the incredibly powerful voice of Bunny West. While writing original songs inspired by the likes of Hank Williams, Johnny Cash, Alison Krauss, Patsy Cline, and Led Zeppelin, West goes to college near Los Angeles and plays The Piano Bar in Hollywood every Monday night at 10 pm. Very few artists can cover a strong and forceful song like “Run to the Hills” and take the words and put them in a different light with music and a voice that conveys the emotion from a  new perspective. Do yourself a favor and download this song now.

Get more info on Bunny West on her website.