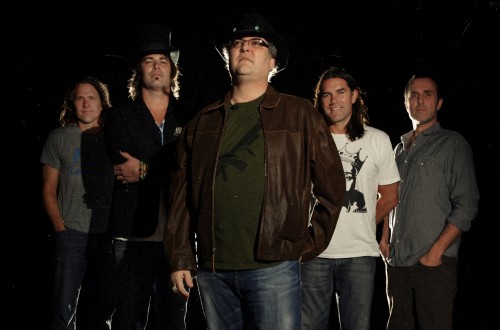 Long Beach ska/reggae band Sublime made the perfect single back in 1996. “What I Got” had the right mix of punk attitude, lazy day lyrics, major chords (all two of them) and the grab bag audio weirdness expected in the mid-’90s. It is a song so well written that you can listen to the original and immediately listen to the reprise version without getting sick of it. It’s so good that it appears on Rolling Stone‘s 100 Greatest Guitar songs even though it’s an easy play for even a novice guitarist.

That’s a dangerous kind of song to try to cover, but for their 25th Anniversary album, 25, Blues Traveler took a shot. We’ve covered them doing this one before, but this is the first studio version of the song and a radio rip just leaked. They get all kinds of bluesy on this one, with the Hammond organ holding down that two chord attack and lead singer John Popper doing his thing, on vocals and on harmonica. And when you’ve got John Popper laying down a mean harmonica, it’s hard to complain. By the end of the song they’ve gone from a tribute that followed the original down to the guitar solo to a serious blues jam. Blues Traveler show this song the reverence it deserves, while still managing to make it their own. Stream the radio rip below.

Stream: Blues Traveler – What I Got (Radio Edit) (Sublime cover)