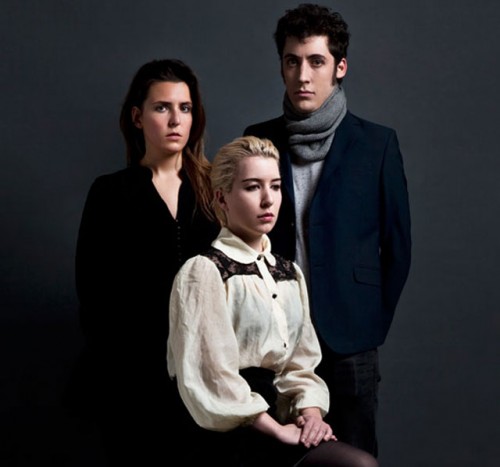 Lead singer Katie Stelmanis of Austra tweeted that “Melbourne is like a Bizarro World Toronto” when they were down under for Triple J’s ‘Like A Version.’ When she used the term, she meant it to describe the eerie amount of similarities the two cities have. If we were to describe their recent cover of Robyn‘s “None of Dem” with the same term, we would mean it in the original geeky DC-Comics way.

Austra took the sultry and in-your-face original and turned it into a ghostly echo, stripped down to harrowing vocals and minor keys. While both Austra and Robyn share a deep love for everything electronic, Austra’s version of the song seems to veer more towards the dark and less towards the pounding club lights.

If you enjoyed this cover, listen to more Austra over on their official website.