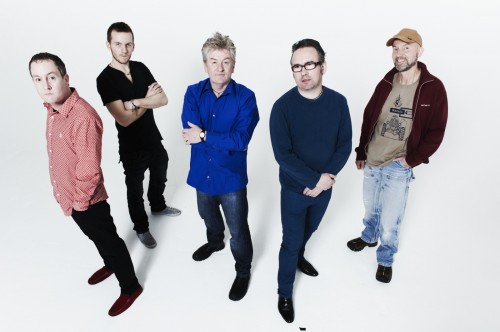 Younger generations may not be familiar with the Saw Doctors, but the Irish band has been active since 1986, recording eight studio albums and releasing multiple chart-topping singles in Ireland and the United Kingdom. Currently the band is getting ready for a nationwide US tour, letting stateside audiences hear them sing their recent cover of Petula Clark’s hit “Downtown.”

“Downtown” was released toward the end of 1964 and has since become an emblem of suspiciously catchy songs. It’s charming to imagine that the lyrics were once relevant, but despite how obsolete and delusional the message is now, the song is irresistible. In a unique twist, the Saw Doctors managed to get Petula Clark herself to sing a few lines in the cover, which replaces some of the whimsical ‘60s pop elements with a slightly more rock sound. Check out their video below, which also features Clark, but beware, the song will play in your head ad nauseam.

One Response to “Watch: The Saw Doctors Stroll Around Galway Singing “Downtown””