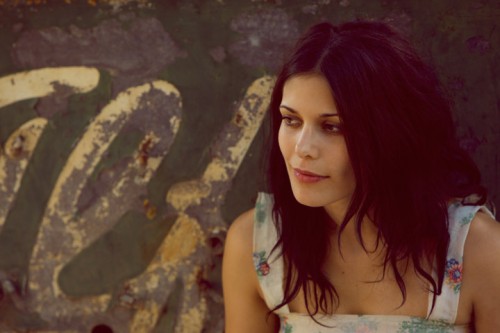 In the most recent edition of The Voice Project, an ongoing project employing covers from indie artists to raise money and awareness for the plight of women in Uganda and Central Africa, Cillie Barnes invited cameras into her home to record her singing an interpretation of the song “Million Dollar Bill” by fellow LA folkies Dawes. Barnes, the musical moniker of Vanessa Jeanne Long, teamed up with Joe Keefe on acoustic guitar for the cover, which mostly follows Taylor Goldsmith’s original composition, except for a few glaring changes.

While the guitar part and even Barnes’ vocal style reflect the simple, unadorned approach of the original, Cillie takes some creative license with the lyrics, swapping the first- and second-person pronouns to shift the perspective from the heartbroken to the heartbreaker. This change puts an interesting new spin on the lyrics, changing Goldsmith’s depressed, lonely soliloquy into verses of unusual but poetic advice from an insecure lover wanting to preserve the vestiges of a relationship she decided to end. This unorthodox approach to the beautiful but thematically conventional song gives the performance a sense of insight and creativity that most covers lack, as she rejects the urge to simply replicate or reproduce the tune in the image of its original form. Watch the performance below.