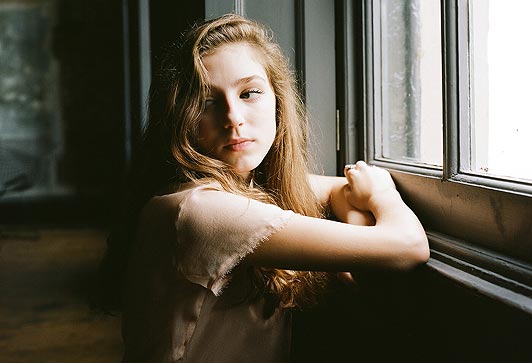 15-year-old vocal phenom Jasmine van den Bogaerde, who performs under the cutesy stage name Birdy, has been slowly releasing stunning cover videos for about a year now, starting with her take on Bon Iver’s “Skinny Love” and following up with “Shelter” by the xx and others on her YouTube channel. While her debut album came out in November in the UK (where Birdy lives), it won’t hit American shelves until May 20th. In anticipation of her impending North American invasion, Birdy just dropped a new video of her solo piano take on Phoenix’s 2009 hit “1901,” treating it as gently and beautifully as we’ve come to expect from this wunderkind of covers.

Alone with a piano and studio mic, Jasmine pulls away the electronic exuberance of the original track and uses the simple melodies as a launch pad for some impressive vocal gymnastics. Her piano playing gets more attention in this live setting than her other videos, as her bold chording and elegant fills keep the song moving while complimenting her gorgeous voice. Especially in the chorus, the smoothness of her voice and her dynamic control really shine, capturing the sense of adornment popularized by Adele, Birdy’s British harbinger. Check out this impressive performance below, and keep an eye out for the album release in about six weeks.

Check out more from Birdy on her Myspace.