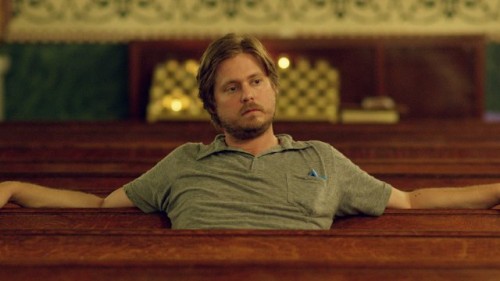 Tim Heidecker, half the duo responsible for Tim And Eric Awesome Show, Great Job!, isn’t exactly the type of person you think would release a sincere Bob Dylan cover. (The man released an entire album entitled Cainthology: Songs in the Key of Cain, parodying Herman Cain’s presidential campaign, back in October.) However, during his traveling promotion of Tim and Eric’s Billion Dollar Movie, he found the time to record a dreamy rendition of Dylan’s “All The Tired Horses.”

Heidecker announced on Twitter that he was looking for a studio to record in while in Chicago, and local band The Earth Is A Man were more than happy to help out. The result? A cover of Bon Iver proportions, reminiscent of the soft 70s rock that has played such a huge role in Heidecker’s previous musical endeavors. Although this song was not included on the recent Amnesty International album, Chimes of Freedom, Heidecker encourages listeners to donate to Amnesty. Listen below.