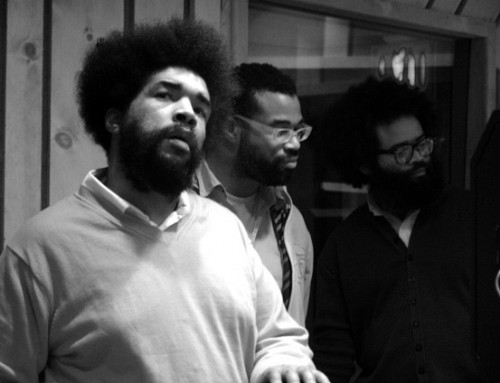 In 1961 the Freedom Riders set out to protest segregation in interstate travel, leaving from Washington, D.C. into the Deep South. Their buses were ambushed and set on fire, their bodies beaten by mobs, the Klan and Southern police. Many of them ended up in Mississippi’s Parchman Penitentiary. Expressing their determination, the prisoners would often unite in one voice singing “Ain’t Gonna Let Nobody Turn Me Round.” The song is based on a spiritual called “Don’t Let Nobody Turn You ‘Round.”  With recordings and performances by Joan Baez and other artists, it became known as a freedom-song for civil rights.

As Martin Luther King Day approaches, so does the release of the soundtrack for Soundtrack For A Revolution, the documentary about the music of the civil rights. Featuring  The Roots, John Legend, Anthony Hamilton, Angie Stone, Wyclef, TV on the Radio, and more, the album drops Valentine’s Day. The Roots with Tunde Adebimpe and Kyp Malone from TV on the Radio take on “Ain’t Gonna Let Nobody Turn Me Around.” In the clip below the band mixes in-studio footage with film clips and news reels from civil rights protests of the ’50s and ’60s.

The Roots and TV on the Radio – Ain’t Gonna Let Nobody Turn Me Around (Trad. cover)

Get more info on The Roots on their website.