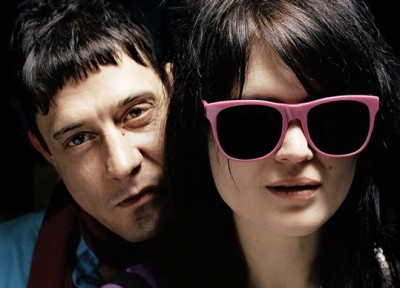 Classic country star Patsy Cline is having something of a revival recently thanks to an unlikely group of fans– British rock bands. Arctic Monkeys frontman Alex Turner performed her “Strange” for Australia’s Triple J last month, and now The Kills are getting in on the action. At their 10th Anniversary gig in New York last week, the garage rock duo added a minimalist take on Cline’s “Crazy” to their set.

The Kills pare down the country trappings of Cline’s 1961 hit, structuring their cover around Jamie Hince’s sparse guitar. Alison Mosshart’s husky, drawling vocals give the track a much harder edge than the original. Theirs isn’t the first cover of Cline’s classic – Leann Rimes’ is arguably the most famous, and the track has also been recorded by its composer, Willie Nelson – but The Kills’ simplified, rock-tinged version is one of the most unusual.

Check out more from The Kills at their website or Myspace.